The Devil’s in the Flaws & The Stone Serpent 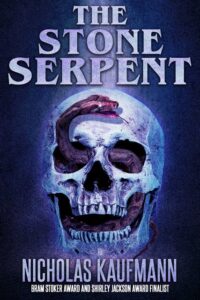 EARLYBIRD PRICE: To correspond with another upcoming promotion, we have dropped the pre-order price fo both The Devil’s in the Flaws & Other Dark Truths & The Stone Serpent to $2.99. This price will only be good through release day and the first week or so after release, so get your copy reserved now! And don’t forget to sign up for our newsletter – and to check our Review Arc page.

THE DEVIL’S IN THE FLAWS & OTHER DARK TRUTHS (Introduction by Richard Chizmar – Chasing the Boogeyman and the Gwendy’s Box Trilogy): THE DEVIL’S IN THE FLAWS AND OTHER DARK TRUTHS is a deluxe V.I.P. tour of the formidable imagination of David Niall Wilson. A genre veteran, David’s great talent is brilliantly on display in these stories. I found myself rereading passages, savoring the darkly beautiful prose. If you’re a horror fan, you need some Wilson in your life, and this collection is a great start.  – Ray Garton, Author of Nightlife, (others) and World Horror Grandmaster.

“Reading The Devil’s in the Flaws and Other Dark Truths is a wild experience. Some of the tales are short, some a bit longer. The settings and plots pendulum from gritty realism to hyper-surreal. But the thread that runs through them all is David Niall’s Wilson uncanny ability to draw you into his world and render you helpless to look away no matter how uncomfortable you get. I absolutely loved this collection.” –Jonathan Janz, Author of Marla and The Siren and the Specter

This new collection of stories from USA Today bestselling, multiple Bram Stoker winning author David Niall Wilson presents twenty-stories and a brand new, unpublished novella. Wilson’s work has been collected several times in digital only formats. This is the first major collection released since his award-nominated Defining Moments, and the subsequent collection Ennui & Other States of Madness. Included are several previously published works chosen by the author, along with seven previously unpublished stories, and the title piece, “The Devil’s in the Flaws,” a previously unpublished novella.

Medical Examiner Dr. Laura Powell didn’t think anything could be more frightening than what she uncovered in an autopsy a year ago. Yet, in this chilling sequel to Nicholas Kaufmann’s bestselling The Hungry Earth, the cause of death is literally petrifying.

When a completely petrified corpse ends up on her autopsy table, Laura is convinced it must be a fossil, but the evidence says otherwise. Impossibly, the man on her table died in a car crash earlier that day. But what could cause a human body to transform so quickly from flesh to a hard stonelike substance?

Laura’s investigation takes her out of her hometown of Sakima, New York, and into dangerous new territory. From the streets of Valley Grove, home to a fundamentalist religious sect under the thumb of a brutal, vindictive leader, to the bowels of Thurmond Biotech, a secretive pharmaceutical company hellbent on developing the first anti-aging miracle drug, what she unearths is far more terrifying than she could have imagined.

Vicious, deadly creatures are preying on the people of Valley Grove, killing them with a highly toxic venom that ravages and transforms their bodies in horrifying ways. As the creatures claim more victims, striking from out of the darkness with lightning-fast speed, Laura must find a way to stop them before they spread to the rest of the Hudson Valley. But will her search for answers put her in even more danger by sending her into the heart of the creatures’ den?